An Assessment of the Trees of S.E. Cuba 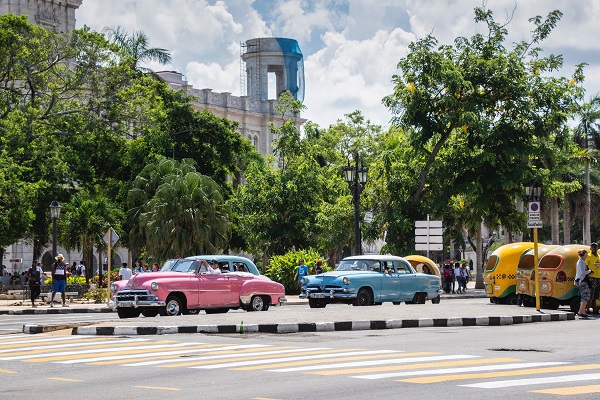 AN ASSESSMENT OF THE TREES OF S.E. CUBA

(Specifically the areas known as Holguin and Granma)

Many of us, historically, think of Cuba and Ricky Ricardo and Lucy of the old I Love Lucy TV show; or we think of Fidel Castro and the Cuban Insurgency of the late 1950’s that swept the Castro Brothers and Che Guevara into power. We have all heard of the many old 1950’s cars that are in Cuba; that somehow, they keep running. Or, if you are keeping up with the news, you are aware that former president Obama reestablished American ties with Cuba. This has opened the doors to tourism and commercial trade with the island country.

This essay is a survey of observations and thoughts on the trees, tree companies, and treeful aspects of the Southeast of Cuba, and other general observations, specifically pertaining to the provinces of Holguin and Granma adjacent to Guantanamo Bay.  It is not a study of specific trees. It does not include Havana, the largest city.

Back in the summer of 2016, fellow arborist from Oklahoma, Bill Long, proposed a trip to Cuba to assess the status of trees and tree work in that country.  This culminated in a trip during the third week of February 2017.  We made great preparations. We even secured a sponsor in the A.M. Leonard Company who supplied us with safety personal protection equipment for us to give to Cuban tree personnel (Cuban Arborists).  In addition, we had a Spanish language edition of the ISA Certification manual donated by Oklahoma City Arborist Reyaldo Escobedo to be passed along to our Cuban arboricultural associates.

An arrival was made by plane in the City of Holguin.  We passed through customs and met our guide: Mr. Yovanis Govín Rivero; English and French interpreter, translator, and Professor at the Tourism School of Granma.  He took us to our taxi, a 1953 red Ford.  We hired the guide and his taxi driver friend for the length of our stay; even putting them up for the night at our hotel.

The species of trees that we encountered was what was expected.  Very few species were known to us. Two species were readily identified; a singular arborvitae growing at the Holguin Cigar Factory, where they hand make 30,000 cigars a day; and mangos.  Though Mangos are everywhere, there is a significant diversity other eatable fruit trees of many species.  Palm trees of many diverse species are very plentiful. We did notice numerous of our American “indoor plants”, were growing along the roadsides.

The number of really large trees is minimal.  The largest tree seen was mimosa-like tree in a plant nursery in Holguin.

Tool use seemed to be very basic and primitive compared to the United States.  The machete was the major tool used for tree pruning.  There was evidence of some type of saws used, but the kerf indicates a tool similar to a carpenters hand saw.  If there are chain saws, they and the evidence of these were not visible to us at any time.

There appeared to be no understanding or concept of tree hazards as we know them. There are large dead branches over targets such as cars, people, and buildings.  There are no trees with cables or lightning rods.  There are many trees with obvious cavities, and decay, and weak branch crotches in parks and along streets.

Old style tree topping, round overs are everywhere; but cut with machetes and not chain saws. The revolution in arboriculture, ushered in by D. Alex Shigo in the early 1980’s has not reached Cuba. The new understanding of compartmentalization and decay is not visible in Cuba.

It need not be said, but Cuba is not a litigious society, as we are.

The best trees and most unusual tree related experience that we witnessed is in the old cemetery in Holguin.  There are about forty, twenty-five to thirty-six inch diameter trees that   look like cousins to the mimosa, Albizia julibrissin.  They are all in very excellent condition; but a true monoculture.  In between these trees are hundreds of above ground crypts similar to what one might find in New Orleans, Louisiana.  Next to one of these crypts was a horse drawn cart.  There were two people at the crypt and it was open.  They very carefully reached into it and lifted out the bones of the long deceased person and laid them carefully into the cart.  Once the crypt was empty, they drove the cart and horse to the other side of the cemetery where there stands a very large solitary old mango tree.  Under this tree are many benches and tables and lots of people.  The bones of the deceased are taken out of the cart and placed on a table under the mango tree.  There were probably six or eight different skeletons of deceased individuals on these tables and about twenty people.  Most all of the men and women and a few children were very carefully cleaning the bones with small brushes and tooth brushes.

We were informed by our guide that, “these folks that are cleaning the bones are relatives of the deceased”.  “Once the bones are thoroughly cleaned, they are neatly stacked. Ultimately, these cleaned bones are taken to another site within the cemetery where there are lots of boxes like an old fashioned post office.  Each box has the bones of many generations of the family members. The newly cleaned bones are added to those of previous generations and the crypt is ready for whoever dies next”.

The plant nursery “research site” that we saw had many varieties of sapling trees and plants.  It was a very large nursery and probably about 300 or 400 acres.  They use these trees shrubs and plants to transplant into the city squares and parks.  We were able to visit their Maintenance offices and storage sheds. They said that these have been under construction since the early 1960’s. They have no idea if these buildings will ever be finished. The desks, chairs and furnishings were primitive and Spartan. In addition, the tools they have to work with are primitive and few. Stunted and chlorotic plants within the nursery are one of their biggest problems they face. It looks very much like sever soil mineral deficiencies.  While in this nursery, I accomplished one of my personal ambitions; I freehand climbed an approximately fifty foot tall unknown species of tree. It was very exhilarating.

It is my opinion that the trees of Cuba get minimal to no care after they are transplanted.  It is truly a survival of the fittest scenario.

So what about Cuba?  There are large quantities of cows, sheep, and horses all over these two provinces, and I expect all over the island.  Out of a hundred people traveling from point A to point B; sixty would be people walking, or riding horses, horse drawn carts, horse drawn carriages, horse drawn buggies, or ox drawn carts; or bicycles, bicycle taxies, bicycles with side carts, and also motorcycles.  Of the other forty travelers; fifteen of them would be driving Russian trucks, or Russian and French cars.  The last twenty-five travelers would be driving 1950’s American cars.  This was true in the cities as well as the rural areas.

The roads are really quite horrible by American standards.  They are very narrow and worse than the American highways of the 1950’s and early 1960’s.  There are intense amounts of bumps and pot holes.  There were lots of gravel/dirt streets, and old asphalted streets that have been disintegrating for generations in the cities of both Holguin and Bayamo. There is a noticeable lack of the use of taillights and reflectors on any forms of transportation at night on the highways.

Cuban cigars are one of the major exports of Cuba. It was noticed that we saw very few folks smoking cigars.  When we toured the cigar factory, the guide was asked why we saw very few Cubans smoking cigars.  We were informed that “an average Cuban wage regardless of your job is between twenty and thirty American dollars per month”. The average Cuban Monte Cristo cigar would cost about one American dollar. Thus it is not within the Cubans budget, or ability to splurge and spend scarce moneys on something like a cigar.  Food, clothing, and shelter are much more important to them. It was funny, but everything seemed to cost one dollar including beer and water.

The most humorous experience in our Cuban visit was the beer drinking donkey at our hotel.  There was a lovely large swimming pool at the hotel we stayed at.  Going up a hill above this pool on one end, was a bar. Next to the bar is a small twenty foot by twenty foot pen with a bar top like presence on our side. Inside this area was a donkey by the name of Poncho, a fourth generation barfly.   When you order a beer for yourself, you can purchase one for Poncho the donkey.  The bartender would pour the beer in a plastic cup and hand it to you.  You would then hold it out to the donkey, which would put his teeth on the lower side of the plastic cup and tilt it up and backwards; swallowing it all in one gulp.  The donkey would then leave the cup on top of the bar.  The bartender would fill it up with the rest of the beer.  The procedure would repeat itself.  The guide said that the donkey would drink eight to fifteen beers a day depending on the generosity of the visitors.

A trip to Cuba is not complete without a deep sea fishing expedition! We gave in to our desire to play Hemingway and did so. I was fortunate enough to catch a thirty-five pound Dorado with Bill’s supervision. It was the only fish caught that day.

Most Cubans that we talked to could speak some English.  They all know that massive change is coming to Cuba.  That change is that the Americans are coming.  They are looking forward to the future!  And for us arborists, there is tremendous opportunity for us to educate our Cuban neighbors on tree management, tools and other tree related actions.

Another trip to Cuba is being planned for February, 2018. If you have interest in going, please contact Bill Long at [email protected] by September 2017. 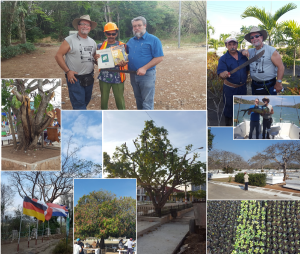