USAGE:
Mauget’s newest fast acting tree injection product  DINOCIDE in Generation II capsules is a CAUTION labeled closed-system insecticide containing 12% dinotefuran.
It’s active ingredient dinotefuran, is a  translaminar which means it can pass from a tree’s xylem (the layer in a tree that circulates water from the roots) to its phloem (the tree layer nearest the bark which transports sugars from the plant’s leaves). This capability makes DINOCIDE uniquely effective against pests like certain boring insects which do their damage in the phloem layer. Dinocide is for use on forests, parks, and ornamental trees. DINOCIDE can yield results in as little as three (3) days.),

OTHER RELEVANT INFO:
DINOCIDE is the first (1st) and only Dinotefuran insecticide available for tree injection. Dinocide has a significantly faster action with treatment effects beginning within 3-7 days.
•    Carries a CAUTION label
•    Significantly faster action
•    Starts controlling infestation as soon as 3 to 7 days following application
•    Aimed at controlling scale insects, a class of pests that harm trees and shrubs by sucking plant juices from tree leaves, twigs or bark. Members of the class include Q and B biotype whiteflies, Japanese beetles, emerald ash borers, mealybugs and flathead borers.
•    Broad spectrum,
•    May be applied in combination with other insecticides such as IMICIDE or ABACIDE 2 where control longer than 16 weeks is desired for a more broad-spectrum treatment.
•    May be Combined with certain fungicides when treating for beetles that carry fungi (ambrosia), an additional treatment of fungicide may improve management strategies. Materials to consider are fungicides labeled for use against vascular-inhabiting fungi.
•    Completely enclosed system, minimal risk application method 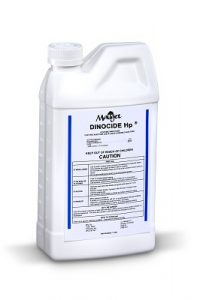